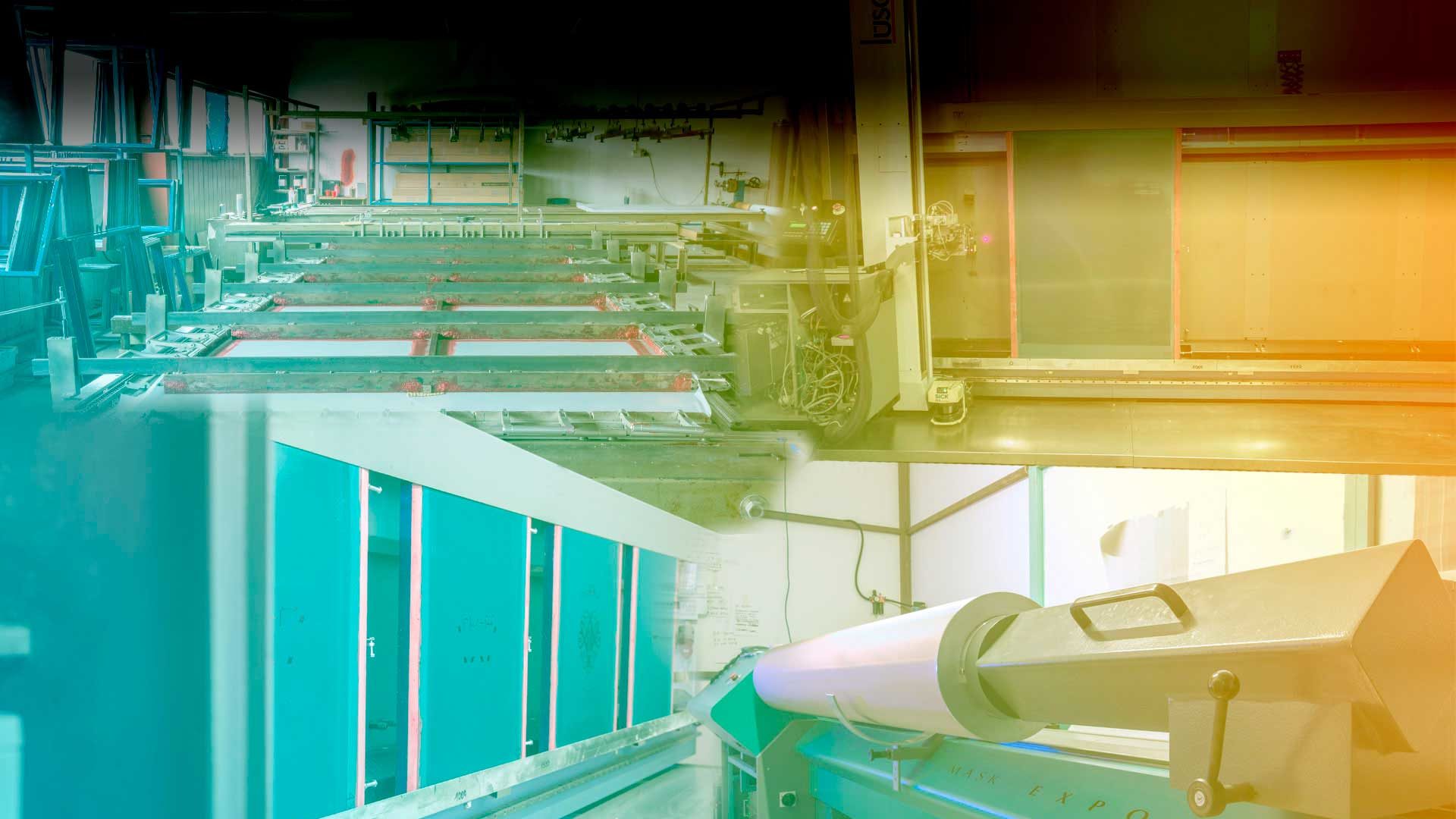 Our company has been engraving flat screens for textile print since 1989 and all these years we keep in touch with every development in our sector.

Our company is aimed at fashion industry, craft clothing enterprises and clothing agencies. We are able to satisfy every requirement regarding the engraving of flat and rotary screens, digital printing directly on all types of natural fabrics.

Concerning the designs we offer to our customers a wide range of patterns, designed by our Creative Department but we can also use our clients’ patterns. There are no restrictions since the minimum order for digital printing is 1 piece. So, we can as freelancers meet the needs of T-shirt businesses, advertisers and companies, which want to print their own promotional material and we generally serve whoever want printed clothing in wholesale.

2001: Our company, first in Greece, invented in digital engraving of rotary screens, since we bought the ultramodern, for that period, engraving machine “MAX” by the Austrian company “Stork”. The engraving is now digital through spraying liquefied wax, instead of the by that time used, film method.

2002: Extension of production capacities of engraving rotary screens not only on standard repeats of 640 mm (perimeter), but also on 819 mm and on 914 mm.

2003: Starting-up the activity of “roll to roll” digital engraving on natural fabrics with reactive inks, in order to sample our patterns.

2006: A second laser engraving machine for rotary screens has been added to our company called “Best len” by the Austrian company “Stork”. This machine was capable of engraving on both 3 standard repeats, which we already used. Our engraving resolution is up to 2048dpi. Now, with this machine, we can respond directly to urgent situations, which means delivery of rotary screens 1 hour after they’re requested.

2007: Starting-up the activity of digital engraving flat screens since we invested in the “Jetscreen flat” machine by the Swiss company “Lüscher”.

2014: Upgrading company’s capabilities in digital engraving of textile print flat screens through the purchase of a new, modern digital engraving machine once again from the Swiss company “Lüscher”. Engraving resolution up to 2048dpi and maximum printing screen 2×4 meters.

2016: Inventing in the latest generation of software by the Austrian company “Stork”, using the four-color model (CMYK) on rotary and flat screens.

2017: Expanding company’s capabilities also in digital engraving using DTG method (DTG-Direct to garment printing), through the purchase of the Austrian digital engraving machine “Aeoon Compact”. Print capabilities on bright as well as on dark garments. 8 print heads, 4 of them using CMYK and 4 using white ink to cover dark fabrics. Large production capacity up to 650 white clothes and up to 150 dark ones.